THE BOOK OF DOOMS 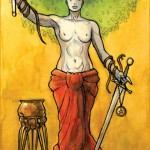 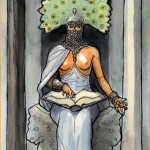 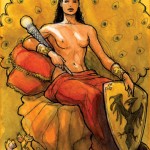 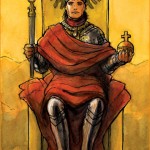 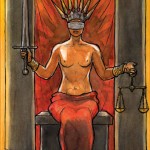 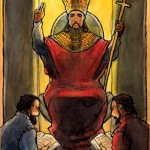 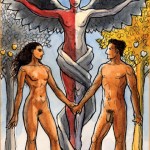 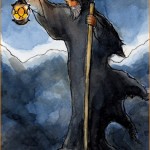 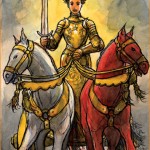 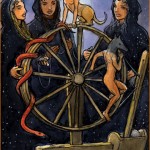 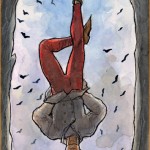 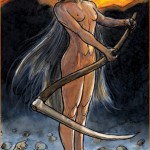 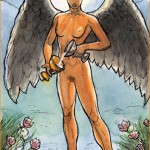 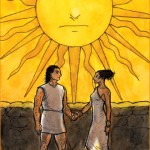 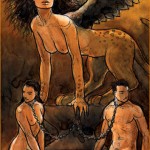 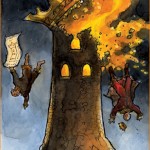 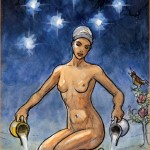 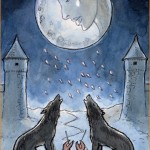 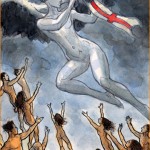 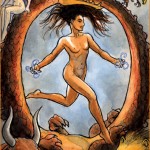 The story of the heroine Artesia (and her brother, Stjepan Black-Heart) was originally conceived in the form of an epic fantasy cycle called The Book of Dooms, intended to comprise 22 graphic novels. The graphic novels collect one Artesia miniseries each (these are usually six issues in length). Artesia’s story is for Mature Readers, and some parts of it contain graphic violence, nudity, and strong sexual content.

The first three graphic novels in Artesia’s saga have been published so far, and a fourth was underway. You can find information about the different volumes in the series by following the links in the menu to the left.

In the Known World, the setting of The Barrow and the Artesia series, the Book of Dooms is also a book revealing the Major Arcana of the Known World’s Tarot Deck. The Major Arcana are the basic building blocks of the Known World’s mythology and mystical life. They are symbols of the moral paths of life, born from the Great Book in which Yhera, the Queen of Heaven, inscribed the secrets of the Known World as the final act of Creation. Yhera’s Great Book was first copied by Abrage the Smith, who made a version of it, the Adüré Mal, as a gift to his beloved Oracle Queens. It has been copied and recopied ever since as the Book of Dooms, an aid to Divination that can reveal the past, present, and future of all living things, for each of the twenty-two Major Arcana represents an archetypal path of power and achievement.

Each book in Artesia’s story was intended to correspond to one of the images in the Book of Dooms.