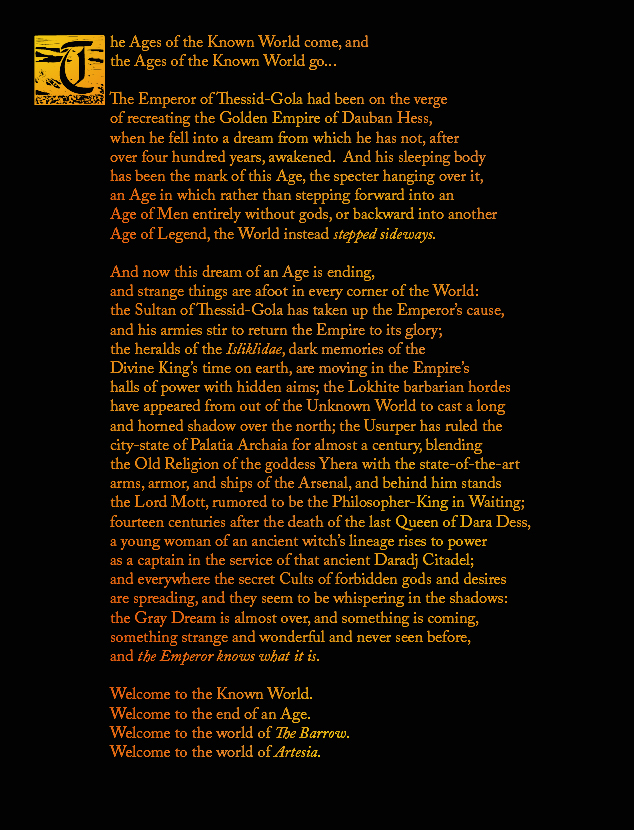 Welcome to Sword & Barrow, the official web site for my fantasy novel The Barrow and eventually its sequels, as well as for my comic book and graphic novel series Artesia, from which the setting and many of the characters of The Barrow originated.

The Barrow was written as a stand-alone novel, so no previous experience with the Artesia series is necessary to enjoy the novel, but they share the same setting, many of the same characters, and are part of the same overall story.  On this website you will find information about The Barrow and the graphic novels in the Artesia series, some of the major characters that appear in both, the setting of the Known World, a roleplaying game and planned board game that accompany the books, galleries of maps and images, news and updates (as they appear), and more.

The sequel to The Barrow, titled Black Heart, does not currently have a publishing home, but chapters of it will be rolling out on my Patreon.