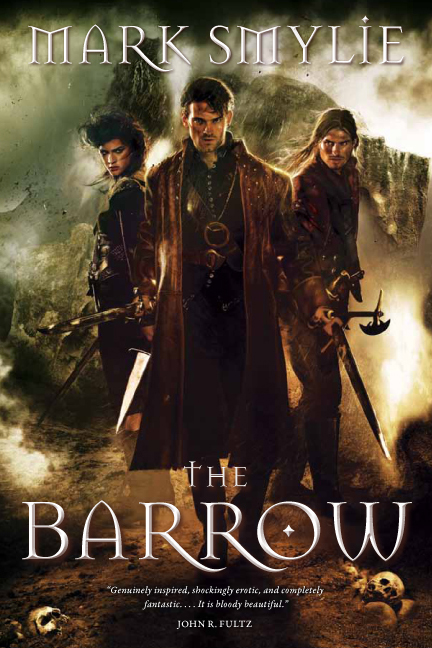 When a small crew of scoundrels, would-be heroes, deviants, and ruffians discover a map that they believe will lead them to a fabled sword buried in the barrow of a longdead wizard, they think they’ve struck it rich. But their hopes are dashed when the map turns out to be cursed and then is destroyed in a magical ritual. The loss of the map leaves them dreaming of what might have been, until they rediscover the map in a most unusual and unexpected place.

Stjepan Black-Heart, suspected murderer and renegade royal cartographer; Erim, a young woman masquerading as a man; Gilgwyr, brothel owner extraordinaire; Leigh, an exiled magus under an ignominious cloud; Godewyn Red-Hand, mercenary and troublemaker; Arduin Orwain, scion of a noble family brought low by scandal; and Arduin’s sister, Annwyn, the beautiful cause of that scandal: Together they form a cross section of the Middle Kingdoms of the Known World, united by accident and dark design, on a quest that will either get them all in the history books . . . or get them all killed.

The Barrow was published in March 2013 by the fantasy imprint Pyr. Copies still available wherever fine books are sold, including Amazon and Barnes & Noble; epub editions are available for the Kindle, Nook, and Apple iBook; and there’s also an audiobook version. It contains explicit language and mature content. Cover by the amazing Gene Mollica.